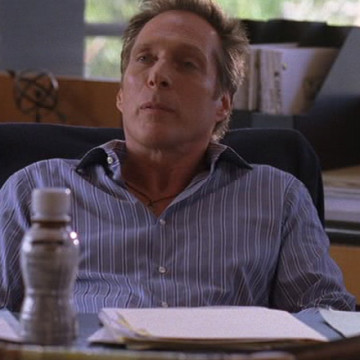 William Fichtner takes on the role of Phil Yagoda throughout three seasons of Entourage. His character is a strong supporter of Johnny Drama, and it’s Phil who eventually locks down the Johnny’s Bananas series in season seven. In addition to his recurring Entourage role, William plays the part of Sanderson in Black Hawk Down and Colonel Willie Sharp in 1998’s Armageddon.