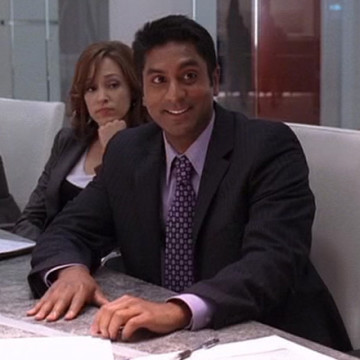 Frank Maharajh plays the part of Raj, one of Ari’s talent agents, throughout four of the show’s eight seasons. He makes his debut in S05E01 and appears for the last time in the show’s second to last episode, aptly titled Second to Last, near the eleven-minute mark. Frank’s character has a speaking scene roughly fifteen minutes into S06E04 where he pitches a bad show idea to David Schwimmer.