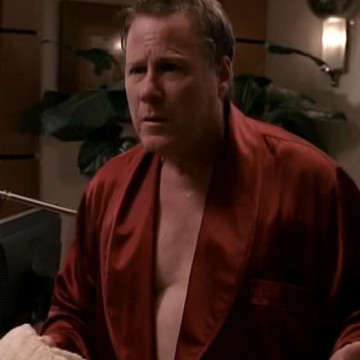 John Heard plays the part of Richard Wimmer, the studio head in charge of Billy Walsh’s Clouds project, in S04E10 and S07E04 of Entourage. Ari pops into Richard’s office during his season four episode to inform him that the Clouds script is a bust and that he must get on board with the new Silo project that Billy decided to write instead. John Heard played the father on the first two Home Alone movies and was Jeremy Stancroft in 2013’s Assault on Wall Street.