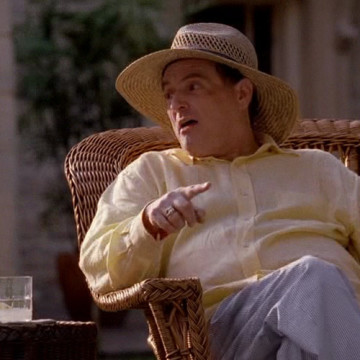 Scott Wick (played by the late Stanley DeSantis) is the producer of Queens Boulevard and, as the agent informs Eric in the fifth episode of Entourage, Ari Gold’s best friend. Scott makes an appearance in a single episode of the series’ first season and twice again in the second season when Billy Walsh and the boys promote their latest film. After reading and falling in love with the Queens Boulevard script, Vince learns that he’ll have to win Scott over before landing the role when Ari informs Eric that Scott hates the up-and-coming actor.