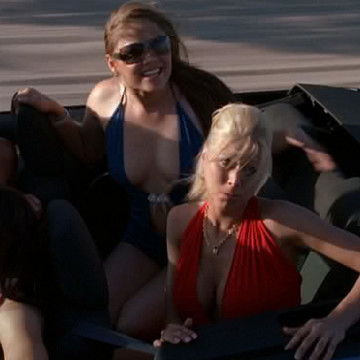 Shay Jordan, a former adult film actress, makes a quick cameo appearance in season five’s fifth episode, Tree Trippers. She rides by Vince and his gang as they travel to Joshua Tree and flashes his camper as her driver speeds ahead towards Las Vegas. Shay Jordan was born in the Philippines to parents of both Asian and German descent. She starred in roughly 50 pornographic films before retiring from the business.