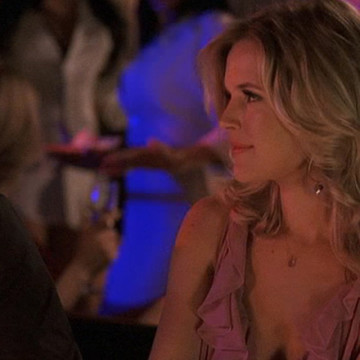 Amelia Jackson-Gray plays Amy in S06E01 of Entourage, Drive. Amy is Sloan’s friend and makes her first appearance near the episode’s 21-minute mark. Her character is moving out of Los Angeles for a few months and sublets her home to Eric while she is away. Amy enjoys farewell drinks with Sloan during her first scene and farewell sex with Vince during her second (even though she initially rejects his advances).