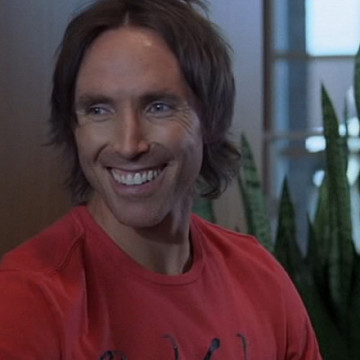 Steve Nash is a former NBA player and made a cameo appearance in Entourage during the show’s sixth season. As a British and Canadian citizen born in South Africa, Nash played for the Phoenix Suns, the Dallas Mavericks, and finally the Los Angeles Lakers during his twenty-year NBA career. He was voted the league’s most valuable player in 2005 and 2006. Nash can be seen in Murray Berenson’s office near the seventeen-minute mark of S06E06, Murphy’s Lie.