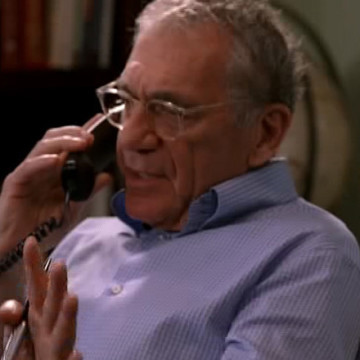 Academy Award-winning director Sydney Pollack offers an Entourage cameo in episode eleven of the show’s fourth season, No Cannes Do. Though it is made clear during his scenes that he’s no fan of Ari’s, Mr. Pollack agrees to let him and the rest of the Medellin crew accompany him on his private flight to the Cannes Film Festival after their commercial flight out of LAX is canceled. Sydney Pollack’s directorial work includes The Firm, The Interpreter, and 1975’s Three Days of the Condor.