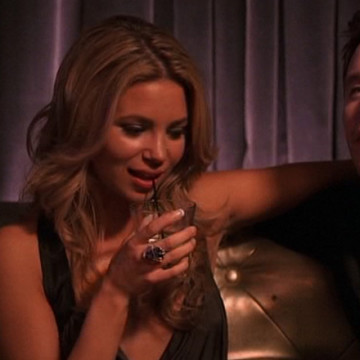 Amber Lancaster portrays Tara in Scared Straight, the eleventh episode of Entourage’s sixth season. She is introduced two minutes into the episode and is referenced a few more times throughout later scenes. Drama recognizes Tara when he spots her with Eric at a Los Angeles club. When Tara and Eric part ways during the next scene, Drama admits to sleeping with Tara and urges Eric to have himself checked out. Lancaster guest stars in episodes of CSI: Miami and The Bold and the Beautiful and has modeled on several episodes of The Price is Right.