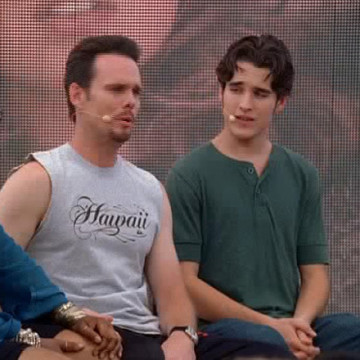 Daniel Samonas plays the part of Tommy, the youngest Five Towns cast member, during the third and fifth seasons of Entourage. He makes his first appearance in S03E19, The Prince’s Bride, where he learns from Johnny Drama that he’s been offered a role in the next Rush Hour movie. Daniel was a regular on Wizards of Waverly Place and played the boyfriend of Selena Gomez’s character.