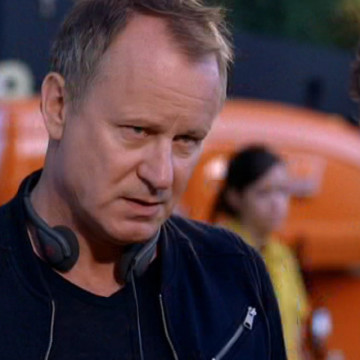 Though he is a native to Sweden, Stellan Skarsgard plays the part of high-strung German director Verner Vollstedt in season five of Entourage. He is brought on to oversee production of Smokejumpers and his resistance to Vince’s part in the movie has the actor uncharacteristically second guessing all of his own methods. Verner’s heated battle with superagent Ari and Warner Bros. studio head Dana Gordon ultimately brings an end to the young Smokejumpers project.