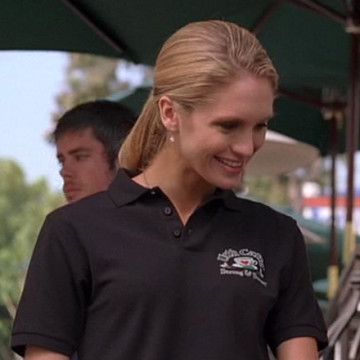 Emily Paul portrays Nikki in the fourth episode of Entourage’s sixth season. Emily’s character is an employee at the Urth Caffe and is introduced four minutes into the episode with a second appearance roughly six minutes later. When Eric, Turtle, and Drama reveal that they’ve all got their own plans for the day in the second scene of S06E04, Nikki jumps at the chance to switch shifts and keep Vince company.