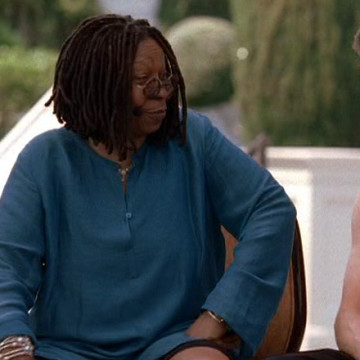 Whoopi Goldberg offers her only Entourage cameo during episode four of the show’s fifth season, titled Fire Sale. Whoopi and two of her co-hosts from The View gather for a mock taping of the show when the cast of Five Towns pops in for an interview. Before joining The View in 2007, Whoopi performed as a comedienne and actress, playing the part of Guinan in TV’s Star Trek: The Next Generation and winning an Emmy for her Direct from Broadway comedy album in 1985.