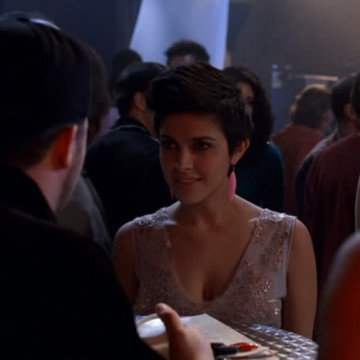 Ariana Delawari makes a quick Entourage appearance roughly eighteen minutes into the second season’s sixth episode, titled Chinatown. She plays the part of a coordinator at the show’s Fight Night tournament and pokes fun at Turtle when he asks about the event’s urine testing. Ariana appears in episodes of The Sopranos and ER, as well.